Couples and Marriage Counsellor in Kingston upon Thames

Are you having problems in your relationship? 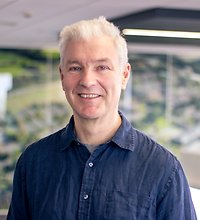 Maybe your relationship isn’t everything it used to be. If you try to talk to your partner about it, they get angry, or refuse to discuss it because they think you’re trying to blame them. Or perhaps they are always trying to tell you how you need to be different. Sometimes you aren’t sure if the problem is you or them. Whatever the discussion is about (money, relatives, sex, children, work…) somehow it isn’t possible to have a sensible conversation. Maybe you feel lonely in this relationship.

I specialise in relationship therapy. I can help get things back on track.

I particularly work with people who are having relationship difficulties such as:

Talking to a couples counsellor

Talking to a couple counsellor, also known as relationship therapy or marriage guidance, can help to get your conversation going again. It can be a relief to each be able to express your point of view safely. Very often, one of the couple is more keen to do counselling than the other. This is normal. A relationship counsellor will be non-judgemental and will not be trying to decide which of a couple is right, or who wins the argument.

I often use the approach of Emotionally Focused Couple Therapy (EFT for couples). I do not generally think of my clients in terms of having something wrong with them, but rather in terms of having got into a bad pattern of interaction.

If you are having problems, it is much better to address them sooner rather than later.

I also sometimes work with individuals on relationship issues.

See my "About" page for more about my approach.

Couple counselling in Kingston upon Thames

I offer relationship / marriage counselling at Kingston Natural Health, on Old London Road in Kingston upon Thames. It's a few yards from the landmark "leaning-over phone boxes", and a short walk from Kingston railway station and the bus station. Conveniently located also to offer relationship therapy for Surbiton, Thames Ditton, Teddington, Raynes Park, Wimbledon, and Richmond.

Depression can be the cause of relationship problems, and vice-versa relationship problems can also cause depression. Life can be difficult for the partner of a person suffering from depression. And equally, sometimes the partner can, through no fault of their own, do things that don't help with the depression. A major study suggested that couple counselling with both partners attending could be as effective in dealing with one partner's depression as CBT or antidepressant tablets. It can also be very helpful in combination with antidepressants. The NHS has adopted a model of using couple counselling as one way to treat depression, because of its proven effectiveness.

The symptoms of depression in men are often different from those of women. Men who are depressed often suffer more from irritability, a loss of interest in things they used to engage with, a lack of concentration, forgetting things. There can also be physical symptoms such as back pain, digestive problems, or difficulty sleeping. Obviously these symptoms can apply to women too, but because men often don't have the persistent sadness, crying, or emptiness that's usually associated with depression in women, it can be harder to recognise.

I'm normally not a fan of "communication skills" for couples. My reason is that lists of "rules" for communicating tend to break down in the heat of the moment, when people are upset. They can actually work in the counselling room, where I am there to moderate the process, but at home, at least in the beginning, where the couple are still wary of each other, it's hard to follow them.

That being said, I've decided to give in, and give you a list of "communication skills" as I understand them. Enjoy.

1. Talk about things to each other every day, and listen. Share some day to day information. Ask questions. So that talking to each other isn't something that only happens when there's a problem. Share some good news. Share your worries. Don't let the ears and the vocal cords rust up. It takes practice.

2. When there is a problem, stick to one topic. Seriously avoid the "okay, I may have done this, but you also do that" thing, which is changing the subject.

3. Accept responsibility for yourself. No "you made me" or "I just can't change" or "but I had a hard day".

4. Don't try to "win". I see people who just can't resist getting a good "zinger" in. Maybe they've been inspired by politicians. The temptation to "score a point" seems to overwhelm them. Basically, that's about trying to get your partner to change by making them feel bad, maybe with sarcasm, shouting, or finger-waving. Control yourself. Seek instead to understand your partner's point of view.

5. Don't focus on the surface issue. To take a standard "tidiness" example, the issue isn't that one person left something out after they used it and didn't tidy up. The issue is that this has been discussed several times before, and nothing changes. That's the issue. So we're not arguing about one plate / item of laundry / whatever, we're arguing about stuckness and respect.

6. Speaking of respect, don't make the argument about your partner's character. Say they didn't put the thing away, but don't say they are lazy. Stay away from criticisms of the whole person.

7. It may sometimes be a good idea to take time-outs. But avoid closing off a discussion completely. There are many ways people do this: leaving the room (or the house); the "silent treatment"; using anger or tears to block discussion; saying things like "subject closed, full stop, end of". This will leave their partner very frustrated and unhappy. It's not over until there is agreement. Take a time-out but come back to it.

8. And finally, avoid using these rules against each other. Apply them to yourself only.

You can find more short notes like this on my Blog page.

Masculinity today is a puzzle: how are you supposed to be these days? Strong? Or emotional? How can you be "emotionally supportive" in a masculine way?

Have you perhaps looked at men’s web sites, or the book “No More Mr Nice Guy”?

As I am a man, I am aware of these issues. I understand the problems that men face in relationships. As a couples counsellor I can help you with them, without trying to push you into a feminine way of dealing with them. Men and women often tend to have different ways of dealing with emotions and relationships.

Other sources of support for couples

Many good books on marriage and relationship problems are available - I particularly recommend those published by RELATE on topics such as infidelity.

Internet Forums - there are quite a number of free marriage guidance forums and discussion groups on the internet where visitors advise each other about their relationship problems such as affairs and arguments. I recommend caution with these. Generally the people providing online advice are not trained marriage counsellors or therapists - they are other people having problems, so they often have quite a negative view, and urge people towards separation. Some forums advise almost everyone to divorce! Beware of this. Most relationship problems can be improved, if the partners want to. Most couples who think about divorce but don't, are glad later that they stayed together.

Based in Kingston upon Thames. Convenient for Surbiton, Thames Ditton, Teddington, Raynes Park, Wimbledon, and Richmond.

Please use the email contact form to get in touch.